Shitennoji Shrine and the Garden of Goku-Raku Jodo


With Miho busy with her studies, we decided to head out and visit Shitennoji Shrine, which is only about half an hour away from our house. We caught the Subway, and not really knowing where to go from there, went on a bit of a wild guess after looking at a Kanji filled map, we estimated that the cute animal faces was where Tennoji zoo was located, and tried our luck with Exit 4. Once at the exit, a sign in English confirmed that we were in fact going the right way. It was only a 5 minute walk to the shrine; and we were lucky enough to walk in the shade and stay out of the heat. It was another scorcher at 37 degrees.

We almost crossed at a main intersection before realising that we had already reached the shrine, hidden away to our left. We walked past a few closed up stalls – which are part of the flea markets on Sunday’s. It looked as if it was mostly food stalls anyway, so we were glad we chose to come on a weekday instead. 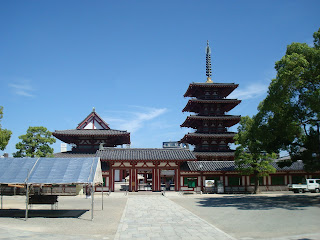 Tennoji Temple is the tall one on the right.

The place was deserted, except for a couple of scattered visitors. It was eerily quiet, with a gong ringing somewhere in the background every few minutes. It was very peaceful and calming. The first archway we came up to was rather small in comparison to the other temples and shrines we had visited, but still interesting nonetheless. 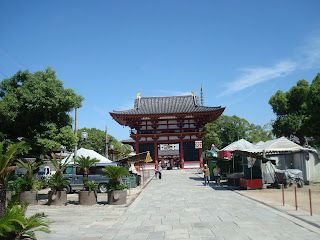 It had these gold spinning wheels placed at each end on the inner section of the archway. We soon learnt, you spin them while letting your finger run around some bumps on it while chanting quietly. 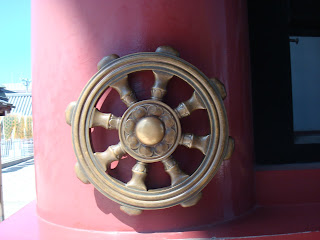 Through the archway, and to the left, was a large pond and small Buddha shrine. 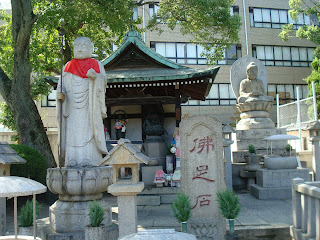 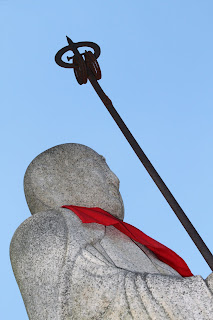 The smell of incense was in the air with candles also burning gently. 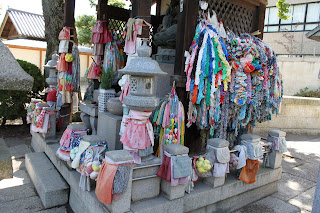 I noticed a pillar with footprints embedded in the stone and 1 Yen coins thrown in, so following suit, I also threw in a one yen coin. Unfortunately, my throw was quite bad and I missed the feet, however, I wasn’t sure if it was bad luck if you picked it up again…so I just left it. 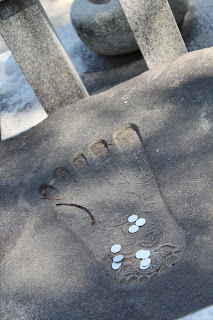 All the while, Carly shook her head at me from the pond as she thought I wasn’t being respectful of the Buddha shrine by getting too close and personal with my camera – I didn’t touch anything though I swear! 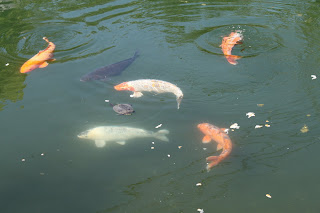 In another large pond to the right of the smaller one, there was hundreds of turtles, which were fun to watch swimming around or being pushed off their pontoon by other turtles and falling back into the water. 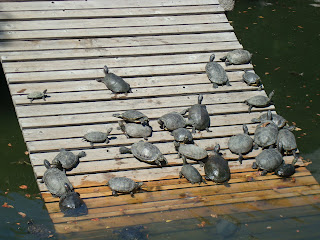 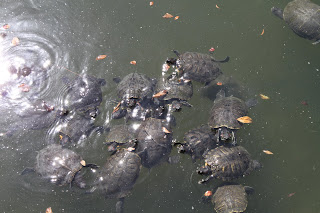 The bridge that divided the pond, led to another shrine, which we found was a memorial place and visitors such as ourselves, were not welcome – so we made sure we kept our distance. 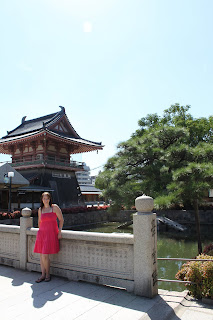 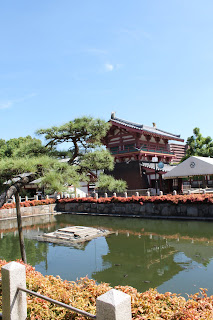 Starting to feel the heat, we made our way over to some trees, and found some smaller shrines again which ranged from new and sleek to old, moss covered and rustic. 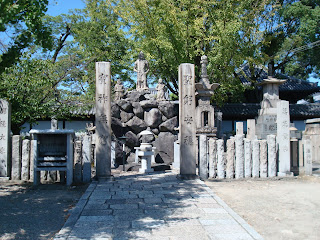 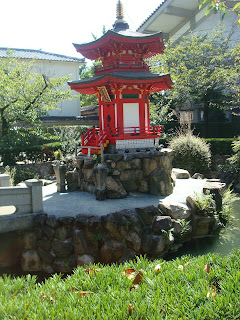 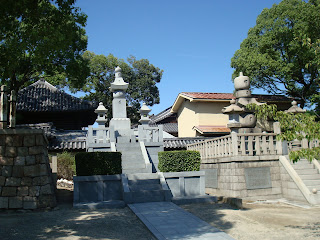 It was at these shrines that Carly discovered the entrance to the Garden of Goku-Raku – which we had never heard of. It was a $3 entry fee, but it was definitely worth it. 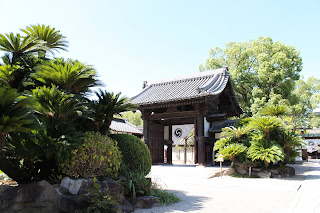 We were able to enter a couple of Buddha shrines in the Gardens, making sure we took our shoes off first for the tatami mats and unfortunately, we weren’t allowed to take photos in the really pretty one – but we can say it was beautiful and elaborate inside. There was a Buddha statue, set in gold, with gold and dark oak furnishings surrounding it. There were also different coloured tassles hung around the room with drapes, making the whole scene so visually interesting. Japanese garden landscaping is magnificent. With so many trees, we were able to relax in the shade and cool down while sitting by another pond and waterfall. It was here I discovered that the turtles thought I was food, and I continued to make them chase my finger around the edge of the pond.

There were also large carp swimming around, but their mouths looked a little too big to play finger chasey. 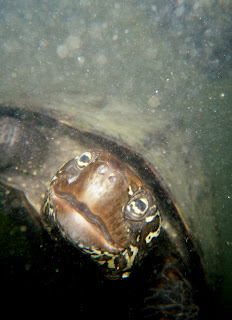 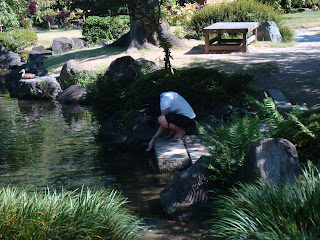 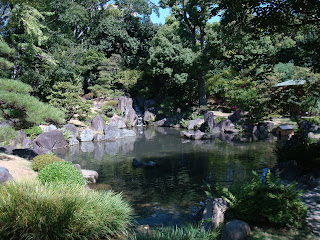 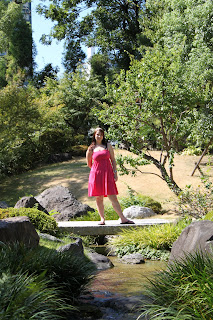 Even in the shade, the gardens soon became a little too hot, so we left to retreat back to the main section of Shittennoji Shrine. We found a small café in the middle, and were greeted with a lovely cool breeze upon entering. With one of the many vending machines available, we grabbed a drink and sat down in the cool. I thought I’d try a Kirin Cola, which in fact tastes exactly like LA Ice Cola – nice and cheap, and never quite as good as the real thing. We were meant to head to some more gardens up in Tennoji, but in the stifling heat, we were already craving our air-conditioned room. Walking along the outside of Shittennoji Temple itself, we took a couple of photos of it, before heading back home. It was a good day out all up, but the Gardens definitely made it a winner! 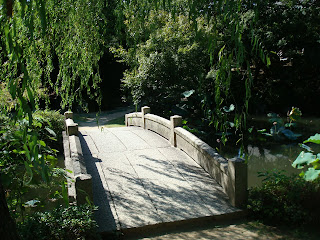 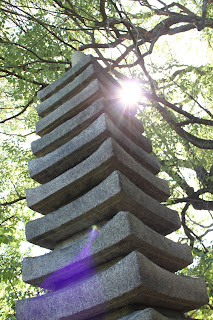