On tuesday we decided to forgo the waterfalls in lieu of sleep, which was a sound decision. We caught the subway to Tennoji, then happily used our JR pass, which is very handy (not to mention kinda blinged up ;) and by a few trains eventually got to where we were going, (this thanks to Saros' planning). Old people pulled down the blinds on the trains, making it very difficult to tell where we were, but the sight of Darth Vader apparently promoting NTT Docomo (the service my Australian phone connects to) and Eriksson phones cheered me up no end.

The rapid service was smooth and... well, rapid, so we got to Kobe quite quickly. It was on the train we realised though Sarah kindly 'charged' my camera battery, it was obviously not plugged in as I had 1/4 left. At Kobe, we were immediately greeted by our regret that I had foolishly told Miho no Macudo until Tokyo (she wouldn't have known, but what use is your word if you break it?) and Saros insisted she wouldn't have it if I wouldn't. (I told her many times I would not do the same ha ha).

^^View from the JR Rapid train to Kobe- I think the best way to see Japan is from JR and Shinkansen!^^

We headed down the street to Nankinmachi (Chinatown) which was rather small, kitsch and disappointing, but interesting nonetheless. We bought prawn crackers. Sarah added a rather alarming chicken foot keyring to her collection, and I bought a tiny scroll. Then we walked down to the port to get some lunch- after much searching, we found a place that sold furido potato and had chip sandwiches- they were delicious! 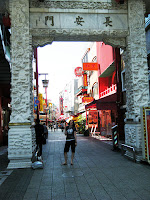 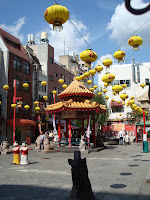 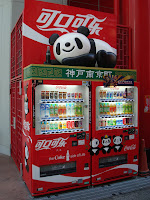 ^^Saros at the Nankinmachi gates, half way though was a nice pagoda...thingo, and the proud panda coke vending machine, although I read that the Zoo's Panda from China actually died. ^^

There was also a weird park with some things- we weren't quite sure whether they were submarines or space ships... There was a giant pirate ship, but you couldn't actually get on it, and it was... well derelict would be a kind description. 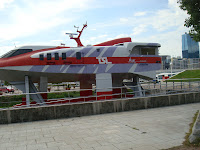 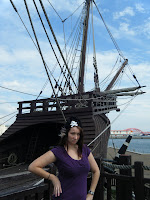 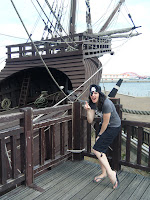 
Then we went for a harbour cruise! 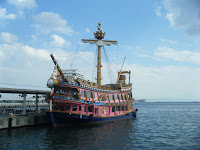 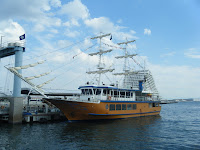 ^^But we actually went on this one, because the awesome one was closed. :(^^

The cruise was interesting because for the most part, it wasn't actually pretty. Kobe is a business port filled with submarines, dry docks and huge container ships from companies like Mitsubishi and... I forget the other one! We sat and enjoyed the breeze, took some obligatory photos and the cruise headed back to the harbour. 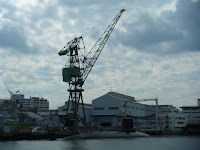 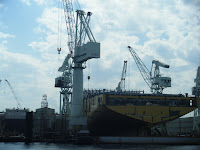 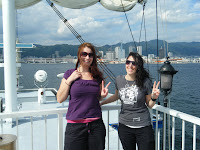 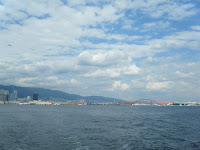 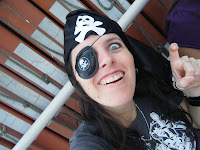 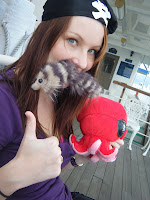 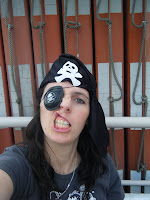 We then went to Mosaic, one of Yoshida's favourite shopping malls. It was super cool 'cause it was decorated in Halloween stuff (we picked the BEST time of year to come here!) I really want to get a halloween wall scroll, but they're like, $25 and that's such a rip off! But I wantssss one precious! I also really wanted this wick house headband, but Saros told me I had too many. It was a sad, sad moment. 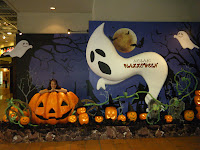 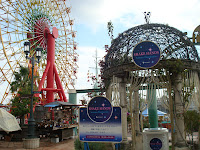 ^^At the end of Mosaic mall, there was this small, sad amusement area, with a creepy tune playing from an almost abandoned carousel. It was quite eerie.^^

Then we finished off at Kobe tower, which wasn't bad for $6, but after everything we've done, it was a bit anti-climax. We looked, it was pretty, Saros bought an old-man-peg-leg keyring and then we went down again. Then we walked back to the station and caught the rapid train back. Then I had a sweet mousse cake after tea, and all was coolies. 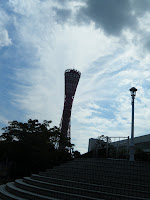 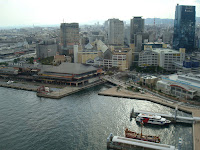 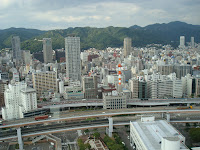 Shout out to Ben, and rats on fire in the black sewers of venice!
Posted by Carly + Sarah at 7:32 AM