South Korea- Seoul  9:43pm 10.12.13
This morning we headed back to Myeondong via Euljiro 3-ga to the tourist centre to book our ferry.  We also took some photos with stars as we passed- I think we got some more SuJu, Luhan, Chen and Kai from EXO, 4Minute, Lee Min Ho and… I think 2PM?  I'm waiting for Lee Jong Suk, or even better, Kim Woo Bin! 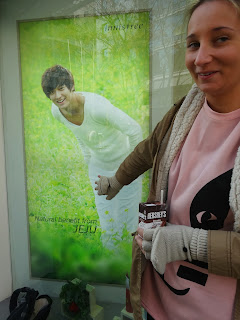 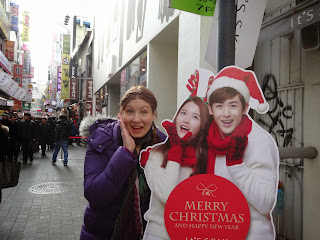 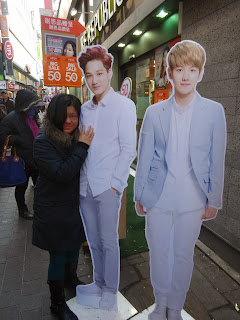 We then attempted to take photobooth photos- according to Ange, I totally screwed them up, but you get a really short time limit and all the commands are in Korean. In my defense, it's freaking hard to figure out! I think they turned out great. After getting the ferry booked, we booked into the Hanbok dress up for later. From there, we checked out Lotte World (waste of time, especially the ‘Culture Centre’ which was literally one or two tiny display boxes and a lot of old ladies drinking tea) a little bit of Dongdaemun markets. This allowed us to witness the stunning Engrish of a white woolen top with a black leather bat sewn on. It read: "Flower Bat: It may be so. or I am afraid so." (The lack of capitalisation on the "or" still makes me twitch). 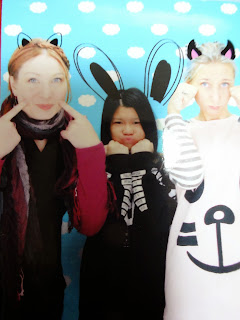 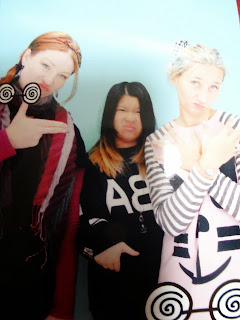 
I bought 3 scarves and eyed some more warm coats, Angela bought a fur neck thing and Mankee bought a neck tie, then running out of time, we headed back to the tourist centre for round #2 of Hanbok (Ange really wanted to, I thought “Well if we’re there...” and Mankee thought “Hell no.” 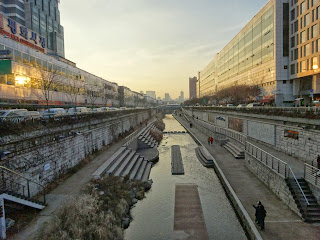 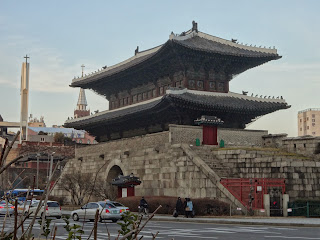 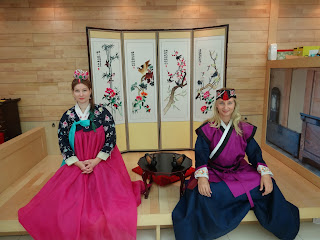 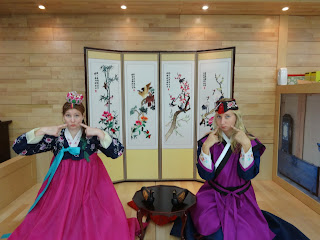 ^^ Our Aegyo is nowhere near as frightening now.^^ 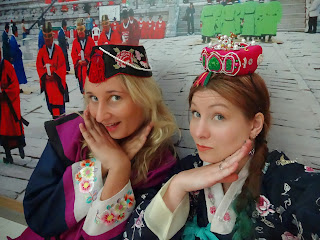 From there we grabbed some sustenance before heading to Namsan Tower- we walked to this free semi horizontal elevator (sort of diagonally up a hill) then bought cable car tickets. From there, we went up to Namsan Tower (ended up being about $18-19 so not terribly cheap. It was a nice view, but I think from memory, Tokyo tower was like 500Y? Just sayin’.) Anyhow by the time we finished up we were freezing and totally ready for bed… except then we stopped at Maccas on the way home. 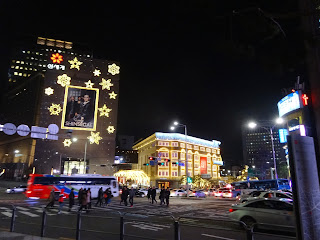 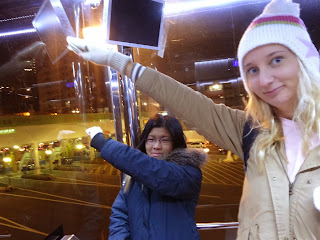 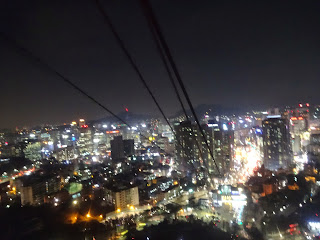 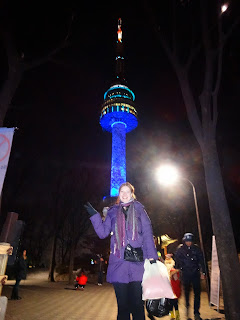 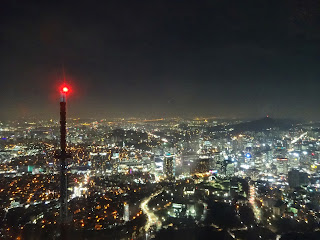 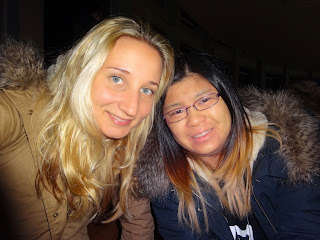 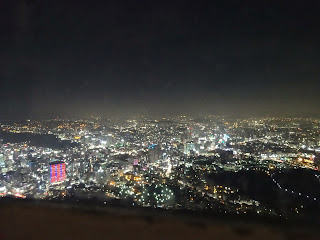 Tomorrow we’re doing the palaces and I have the agonizing decision to make- much as I love the Mulberry defender, it would be nice to wear something else. But I’m worried I’ll be cold in my black coat… quandaries, quandaries. Also, I’m too cheap to buy a new coat… unless it’s like $60. I’ll just have to see….
-Myeondong Mutant, OUT 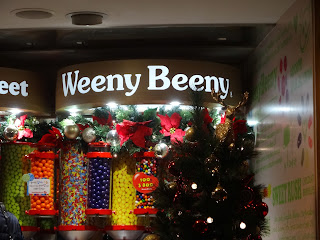